Following days of model uncertainty, a consensus solution as finally been reached. At this point, it appears that the system will phase off the NC coast and strengthen 200 miles off the coast. With this solution, New England, including Boston, could receive over a foot of snow in areas. Philadelphia will likely only see a brief period of light snow on Monday before clearing Monday night. Little to no accumulation is expected.

A third March nor’easter could impact our area Monday or Tuesday. However, the forecasting for this storm has been impossibly hard to nail down. The models have done a poor job handling this system, and it’s leaving meteorologists struggling to find an answer to this crucial question: will there be another March snowstorm in the Northeastern US?

First off, this post will NOT be a final forecast for this storm. There is too much uncertainty at this point and delivering a premature prediction is both reckless and shortsighted. Instead, I will focus on the meteorological factors at play and what’s necessary for this storm to become a significant nor’easter.

Later today, a small disturbance will form along the jet stream in northern Texas. As this low-pressure system moves east, it will interact with moisture from the Gulf of Mexico, strengthening and bringing severe thunderstorms to the southeastern states. Simultaneously, another disturbance in the Dakotas will flow down through the Midwest, bringing snow and rain to Iowa and Missouri:

As these systems move closer together, they will begin to interact, or phase: 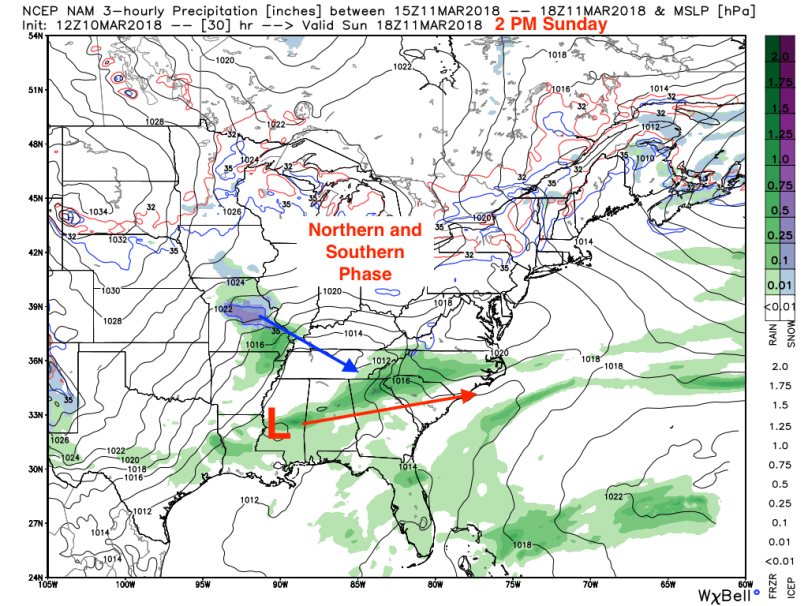 This is where things get complicated. The models are having trouble predicting where and when this phase will occur. The NAM and GFS models have shown an earlier phase and amplifying the storm off the Atlantic coast. The first map below shows the NAM’s solution, which is a full phase off of the North Carolina coast. Once the storm heads over the Atlantic, it will move northeast and strengthen, bringing light snows to the coastal mid-Atlantic and heavier snowfall in New England.

The second map shows the GFS’ solution, which is also a full phase off of the NC coastline. The GFS, however, is having issues figuring out where to place the low once it’s in open water:

The map below shows the GFS feedback issue: 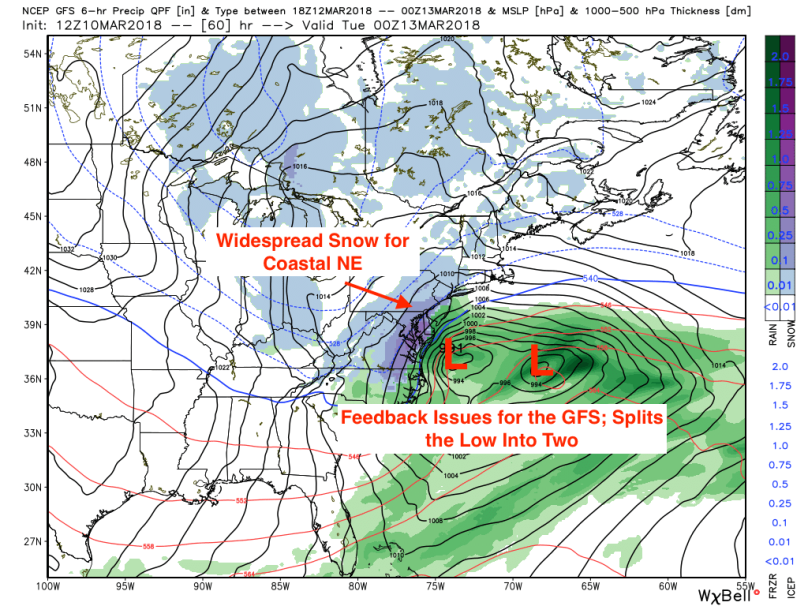 While the GFS and NAM models show a phase into a nor’easter, the European model has consistently been showing a very late and southern phase, forcing the storm out to sea. This solution is very probable, with other models such as the UK and the Canadian consenting with the Euro’s track and timing. 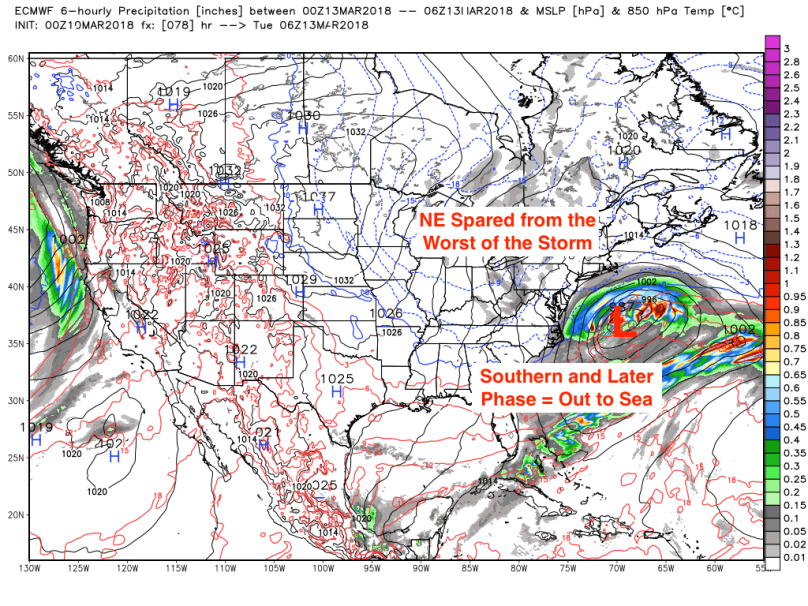 What I just outlined is the situation for this storm. There are three possible outcomes this storm could take:

Based on what I’ve seen so far, the most likely scenario right now is #2. But, as we’ve seen before, weather is unpredictable, and things can change on a dime. That being said, please stay tuned to your local forecasts this weekend as a major nor’easter is still possible Monday or Tuesday. I will report any forecast updates at the top of this post later today or tomorrow.